Targeting red brick universities as a recruitment tool, the game was scenario driven with renewable and tech investments, role-play scenarios and a random trading index..

TO DEVELOP A GAME TO ENGAGE AND ULTIMATELY RECRUIT STUDENTS

Carbon Credits emerged onto the global stage in 2008 and Deutsche Bank were keen to promote their involvement with them in order to attract young student talent from red brick universities. We were appraoched due to my background in the environment, as well as our ability to produce dynamic and innovative digital services. The brief was that the game needed to encorporate a trading platform and had to be playable infinite times, each time producing a different outcome.

The final game concept was scenario driven model with renewable and tech investments and a series of random events which could occur with varying severity.  At the heart of the game was a Carbon Credit index which was linked to oil, gas and coal prices which players could trade credits they had won through their tech or renewable investments. After considerable blood, sweat and tears, we finally delivered a game which was played hundreds of thousands of times by students immersing themselves in the Deutsche Bank brand. 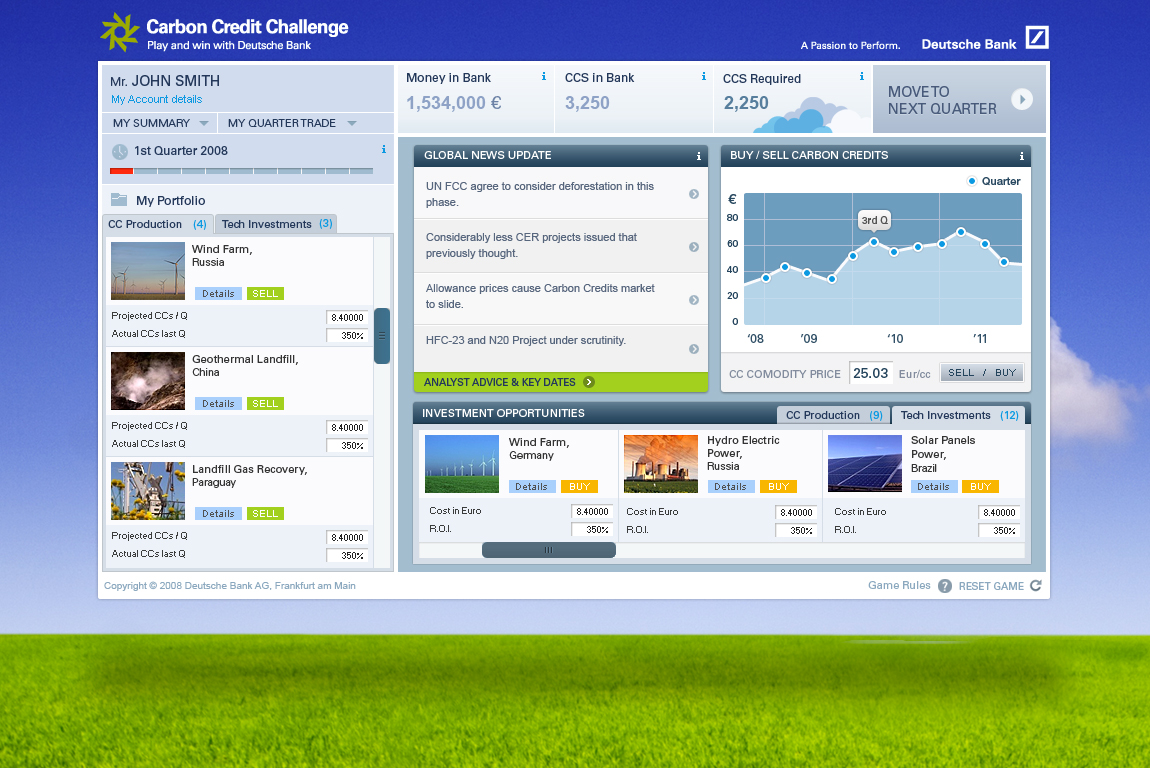 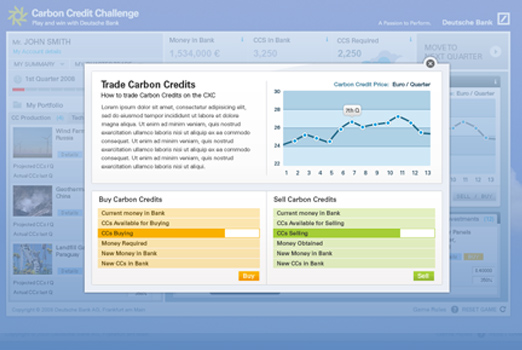 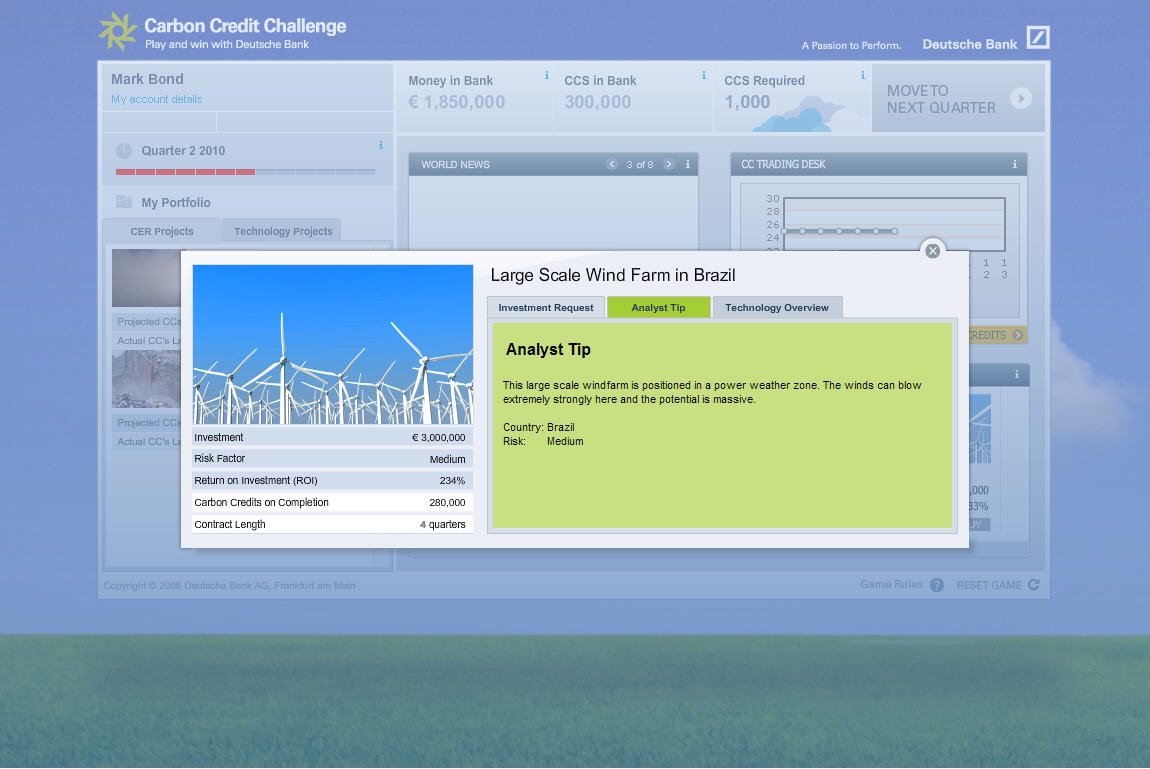 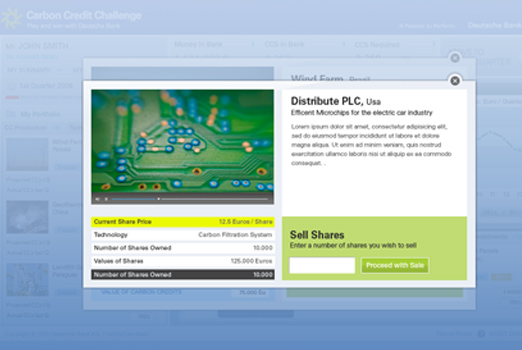 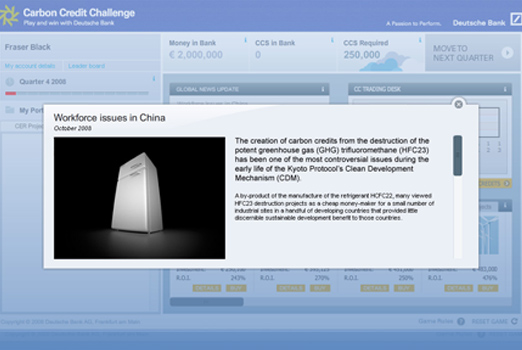