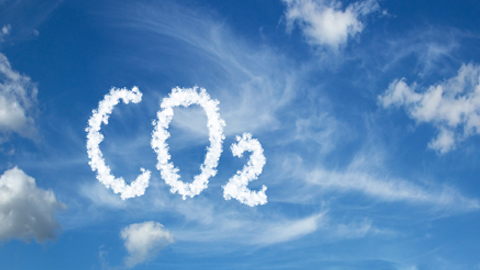 According to the Financial Times, there is yet another piece of stunning news on the environment. In a recent article written by John Burn-Murdoch economics is actually playing a significant reduction in CO2e emissions. I will put the link to the article at the bottom of this post and for those ofyou organised enough you can get a trail for just one pound a week, although that does jump to 55 pounds a week, so unless you are rich, don’t forget to cancel.

The article discusses the movement of the price of renewables, such as wind and solar, versus the price of coal. Although in 2009 coal was an attractive option for countries who had little spare money, by 2022 both wind and solar are cheaper now per unit of energy and set to fall even further (ref). He even states this is the case for large capital intensive new installations (ref), which I find very encouraging.

For those that remember COP26, India was stating that it would not reduce its coal consumption as it was vital for its economic growth and the security of its citizens. Although this was hard to hear for those concerned about climate change, it was kind of accepted as people need to survive, especially as our own history used coal during our industrial revolution.

However, John Burn-Murdoch reveals in his article that despite the insistance of India, economics has actually done the trick for us all. He references the World Energy Outlook 2019, and states “The International Energy Agency forecast that India’s installed capacity of coal would grow by around 80% between 2018 and 2040. A year later, they revised this to just 10%”.

NUMEROUS COUNTRIES SEEING A DECLINE IN CO2 EMISSIONS DESPITE GROWTH

This is where the article really grabbed my interest. The article shows around 20 graphs which demonstrate that from the 1990s many countries have seen a drop in emissions despite a rise in GDP. They include countries such as Australia, France, Germany, South Africa, UAE, the UK and the US. He largely puts this down to the arrival of nucleur power and the proliferation of cheaper renewables.

In summary he writes “Since 2016, more than 70 countries (1 in 3) have seen CO2 emissions fall, whilst GDP rises. Whilst he acknowledges the environmental Kuznetz Curve (ref), he states that “whilst carbon intensity of GDP increases before falling away again, each successive cohort traces a cleaner path than the last”.

This he goes on to say shows that the industrialisation of countries is becoming cleaner. Back in the 19th century approximately 1kg of CO2 was emitted for every dollar of GDP, this fell to 0.5kg some 50 years later and today it is down to 0.3kg/dollar.

Article link – The FT: Economics may take us to net Zero all on its own

What is an Environmental Product Declaration (EPD)?

Scope 3 encompasses emissions that are not produced by the company itself, and not the result of activities from assets owned or controlled by them, but by those that it’s indirectly responsible for, up and down its value chain.

This week sees the launch of a brand new Suzo web site. In it I will start documenting many of the things I have and will discover of the coming years.

WHAT ARE SCOPE 1, 2 AND 3 EMISSIONS EXACTLY?

Emission scopes are defined in the GHG protocol which was set in stone at the Paris Climate Summit.